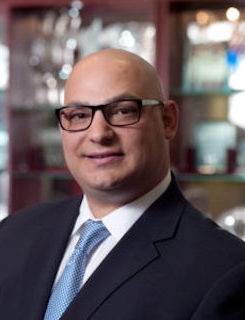 Gregory Sibilio, Esq. is the Vice President of Financial Lines at Iron Cove Partners. Greg is an integral part of the financial institutions unit. His background in the financial services industry has enabled him to assist in numerous corporate initiatives, including but not limited to: Claims, Contract Review, Brokerage, Marketing,& Business Development in all areas of Property & Casualty Insurance, as well other general lines of insurance.

Greg is a graduate of Loyola University Maryland, where he majored in Business Administration, with a Specialization in Marketing, Law, and Social Responsibility. Upon graduation in 2005, Greg attended Southern New England School of Law (Now UMass Dartmouth School of Law), where he obtained his Juris Doctorate in 2008. He practiced law in Connecticut from 2009 to 2011 for the law firm of Hunt, Leibert, Jacobson, P.C., a leading law firm representing the banking and financial services industry. During his time with Hunt, Leibert, Jacobson, P.C., Greg represented a significant and diverse group of banks, commercial finance companies, mezzanine lenders and other institutional lenders in structuring and documenting commercial finance transactions. His duties entailed going to court, settlement hearings, and oral argument as well as drafting motions and pleadings. Greg is a member of the Connecticut bar, United States Federal District Court of Connecticut, and the United States Court of Appeals for the Second Circuit.